Welcome to Seattle Dream Living, a website devoted to elegant lifestyles, vintage, modern or luxury homes, gracious living all in Seattle and the Pacific Northwest. Please allow me to assist in all your real estate needs. My direct line is 206-329-3795 or email me at Marlow@SeattleDreamHomes.com

Dreamy Decor and Staging for a Mid-Century Home 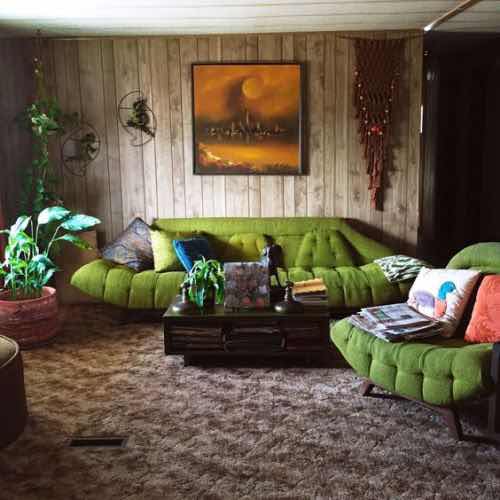 Do you have a mid century modern home in Seattle and wondering how to stage it? A lot of folks have that concern when they go to sell. They may be moving into a new home and don't want to leave their furniture in the house, so they look to a stager to help guide them to make the house show its best.
Many homeowners love the mid century luck and have a lot of period pieces, but we caution against using too many. Items in a home sale. Maybe best to go modern and add a few more up-to-date touches to appeal to a larger range of clients and customers. 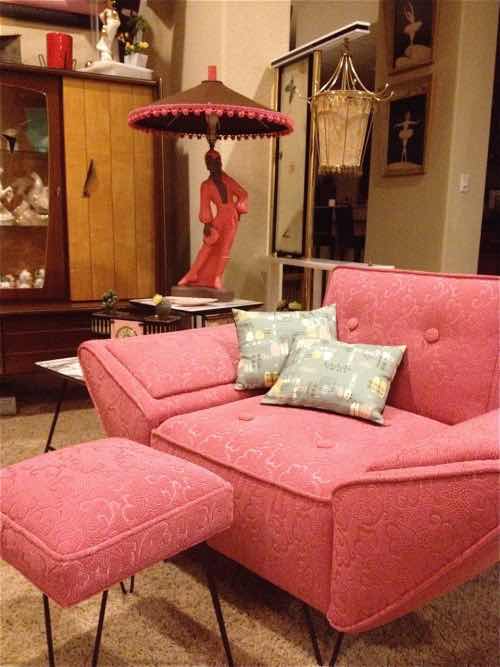 However, I really well done mid century look will appeal to a number of buyers who enjoy that. Of architecture. If you're going to do it, it's good to have professional photos taken when you go to sell your house and perhaps a video tour. This will get the buyers coming to your door to check out the house!
There was a time in the 70s and 80s by mid century modern architecture was not as appealing as it is today. Many folks loved the Victorian and craftsman bungalows in Seattle. However mid century modern architecture has made a comeback in the Pacific Northwest, and these homes sell for premium prices today.
Posted by Marlow Harris at 3:26 PM 1 comment: 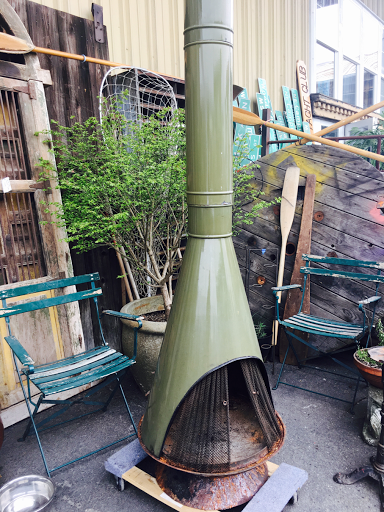 Avocado wishes and harvest gold dreams!
Though not shown in their current catalog or on their website, I think this is a early Malm fireplace in A lovely shade of avocado green.
It was spotted the other day at Earth Wise in Seattle for $375. While it may not be safe to use or up to current standards, it would make a great focal point in your mid century modern home.
Posted by Marlow Harris at 5:19 PM No comments: 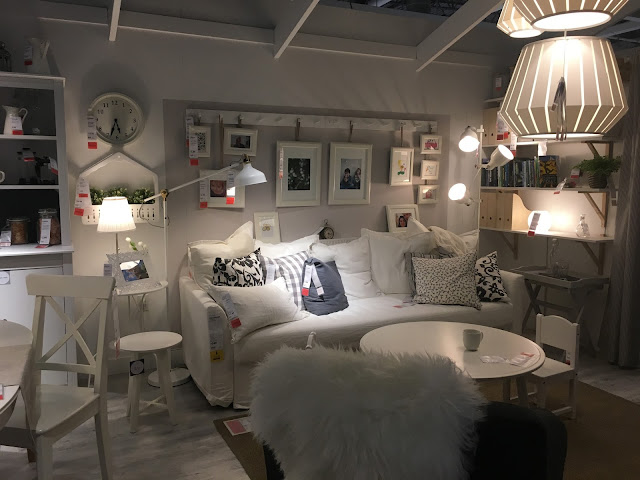 The new IKEA show room that reopened again recently is marvelous. It's twice as big with many more designer rooms that were at the smaller store next-door. Apparently, the designers create the price tag first and then they find clever ways to create the high quality furniture that we've all come to love. If you've never been to an IKEA store then perhaps you don't know that everything is flat packed, but that makes it cheaper and easier to ship and they pass the savings onto you by requiring that you put the furniture together. But most of the time it's pretty easy. 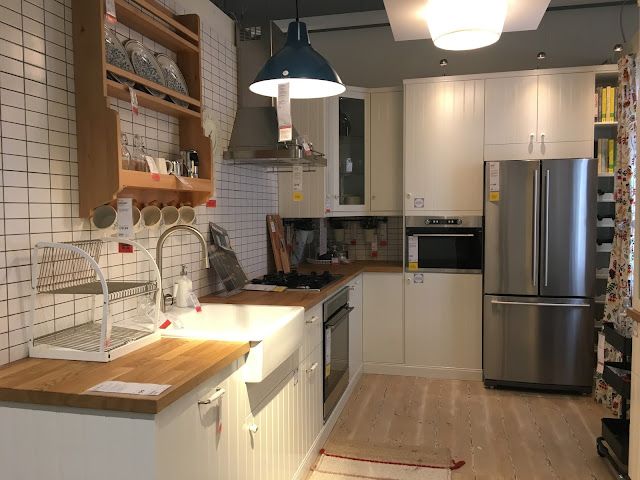 I appreciate the fact that IKEA has clear standards for all the wood they used in their products, which includes a ban on illegally log the woods. They partner with organizations like the WWF and the Forest stewardship Council so that More wood can come from well-managed forests. 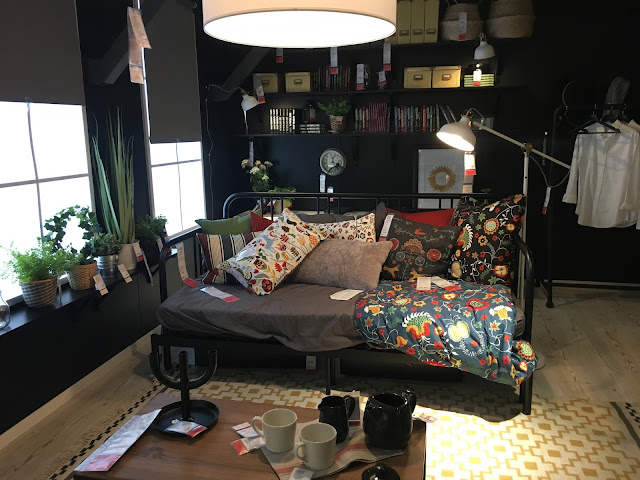 IKEA Renton offers free Wi-Fi.  Just search for the "IKEA WIFI" network on your Wi-Fi enabled device when you enter the store. Launch your browser and follow the on-screen instructions. You'll be able to log on that first time and automatically select and connect every time you visit. This is helpful if you're trying to figure out sizes and dimensions or do price-comparisons.


Posted by Marlow Harris at 5:42 PM No comments: 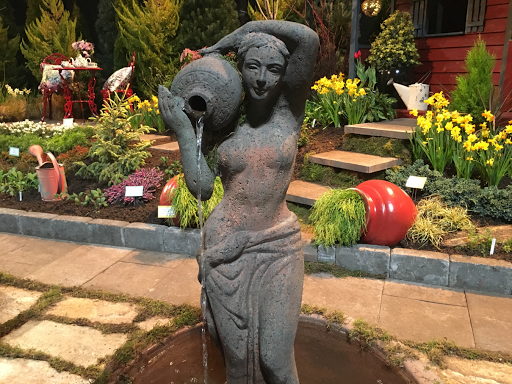 I look forward to this event every year, The northwest flower and Garden show that takes place at the convention center in downtown Seattle. Wouldn't believe how huge it is, and it starts out on a Saturday in a big empty building the size of several football fields. By Tuesday morning they've moved in tons and tons of dirt and rocks and flowers and trees and created an incredible garden at the light. Plus there's hundreds of exhibitors and always so many wonderful things to see
Posted by Marlow Harris at 6:26 PM No comments: 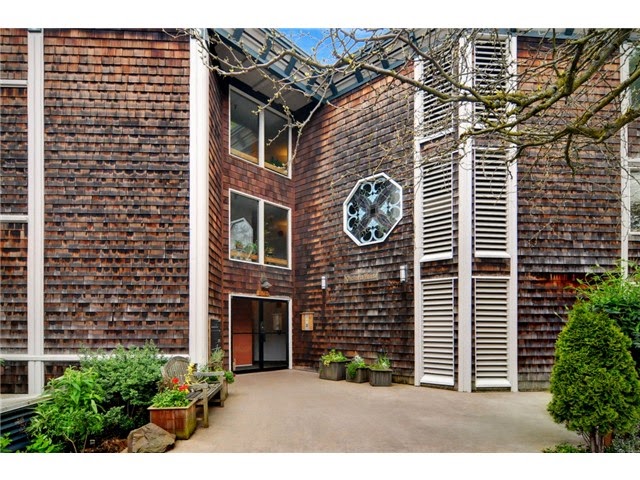 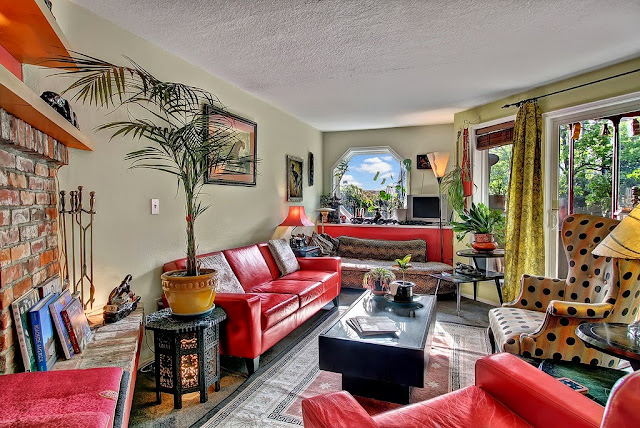 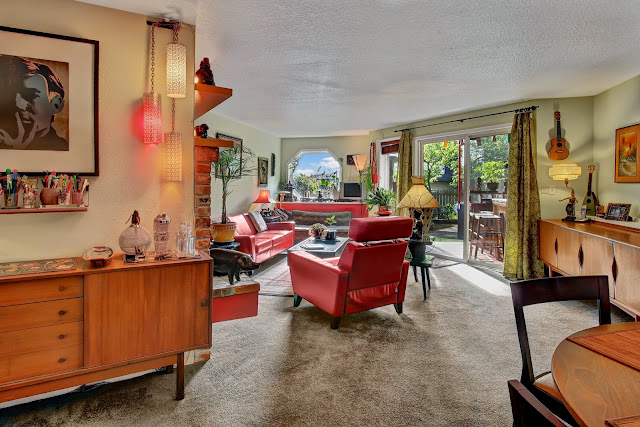 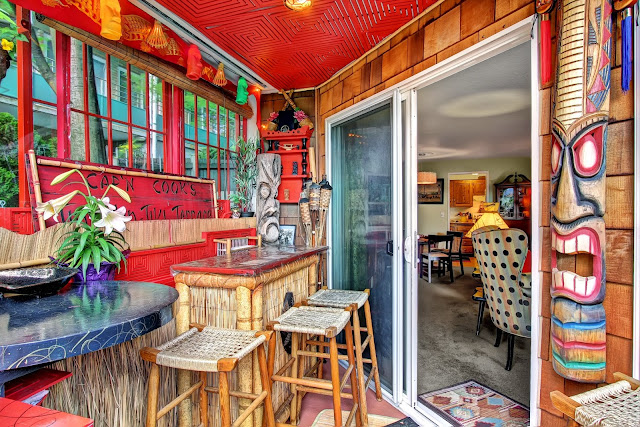 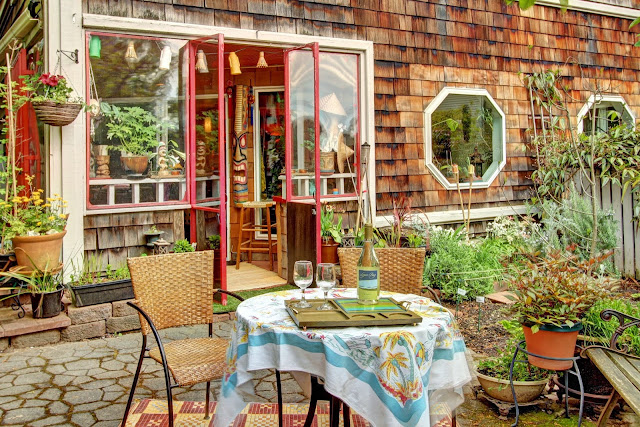 Swanky urban condo with it's own private garden and tiki bar!  Revel in the mid-century modern architecture in the Capitol Hill neighborhood condo in Seattle.  An amazing find in Seattle real estate for those who crave an urban lifestyle.

Posted by Marlow Harris at 11:34 AM No comments:

Best Apple Pie in the World

Everyone know that the best pie crust contains lard.  Disgusting?  Well, yes, but a lot of really good things are disgusting.  You know, like vegetables grow in DIRT and those fish that you eat have been swimming around in the same water with other unpleasant things.  But they sure taste good! 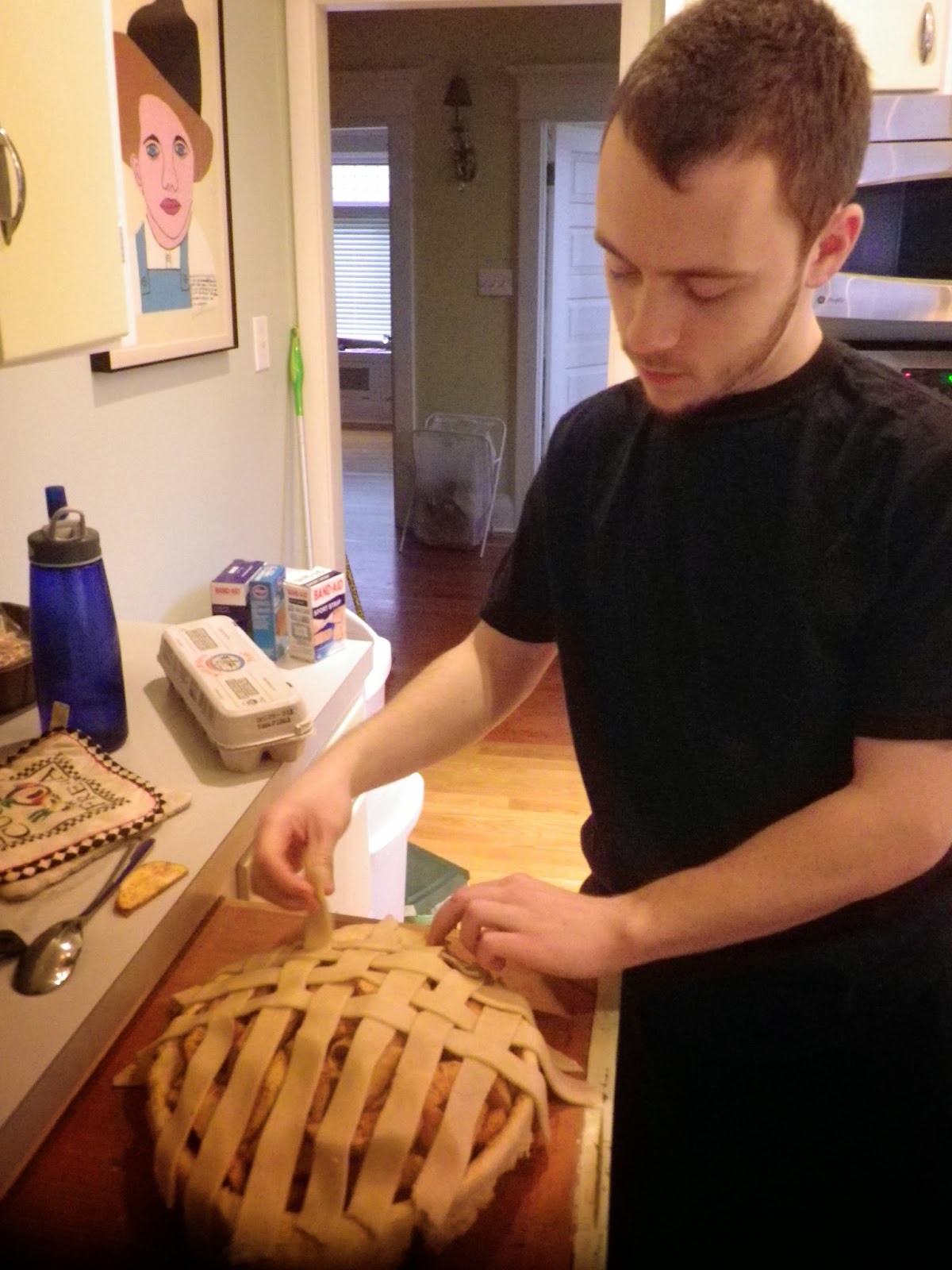 Here's a photo of Max, my oldest son (he's in college at Evergreen)  making one of his great pies. This one happens to be apple pie.   Best Lard crust recipe ever: 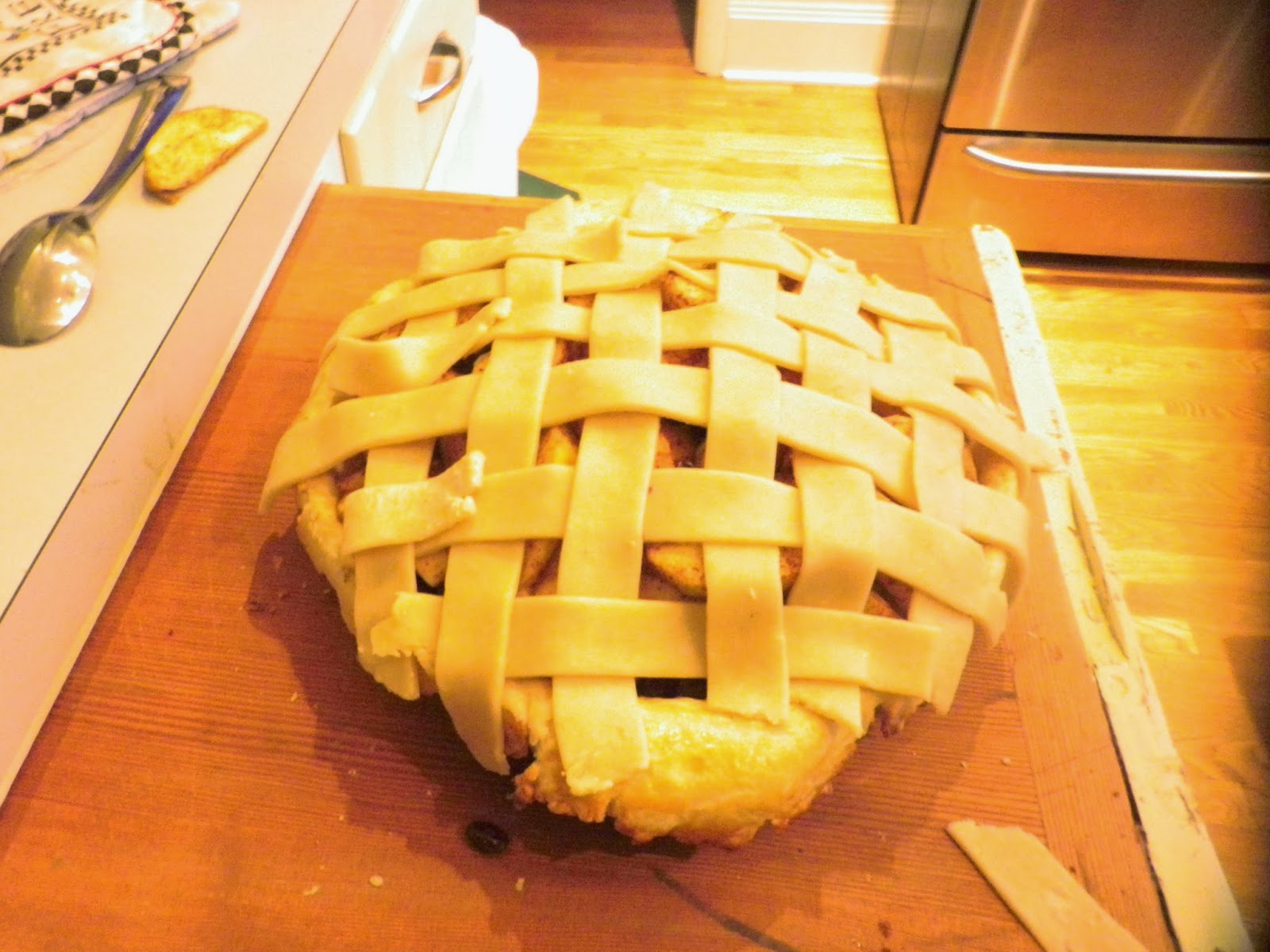 Roll other round of pastry into 10-inch round. Fold into fourths and cut slits so steam can escape. Unfold top pastry over filling; trim overhanging edge 1 inch from rim of plate. Fold and roll top edge under lower edge, pressing on rim to seal; flute as desired. Cover edge with 2- to 3-inch strip of foil to prevent excessive browning.

Bake 40 to 50 minutes at 425 degrees or until crust is brown and juice begins to bubble through slits in crust, removing foil for last 15 minutes of baking. Serve warm if desired.

32 Cheap And Easy Backyard Ideas That Are Borderline Genius 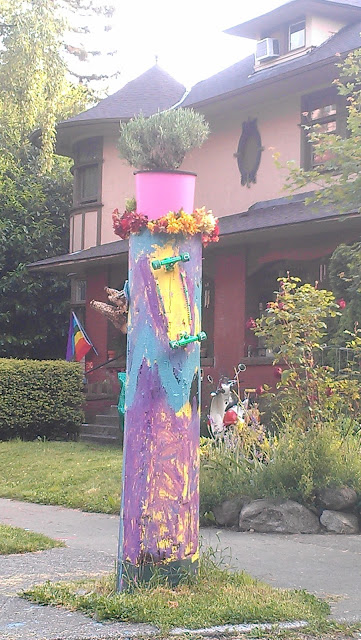 I have an ugly stump on my boulevard that I put a pot on and planted some seeds, but this I never thought of painting the whole stump like these folks down on 17th near Trader Joe's on Capitol Hill.  Here are a few other ideas for your yard and garden area:
32 Cheap And Easy Backyard Ideas That Are Borderline Genius:

Posted by Marlow Harris at 10:03 AM No comments: 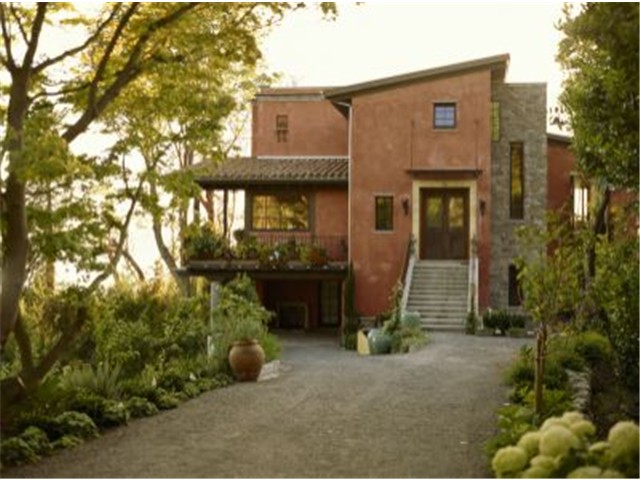 This is a beautiful one-of-a kind home that's located just South of Seattle in Normandy Park. 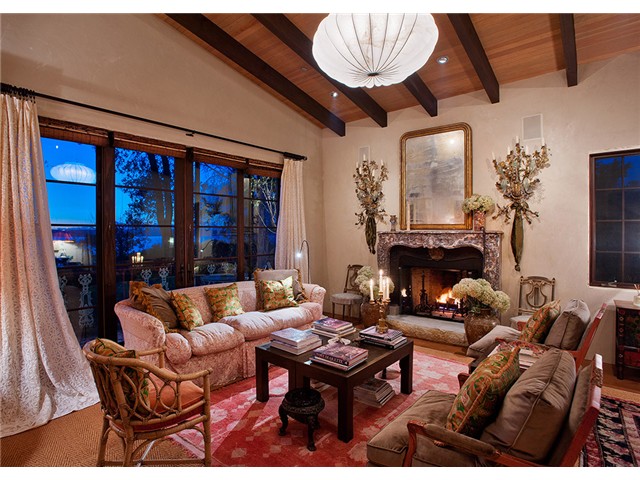 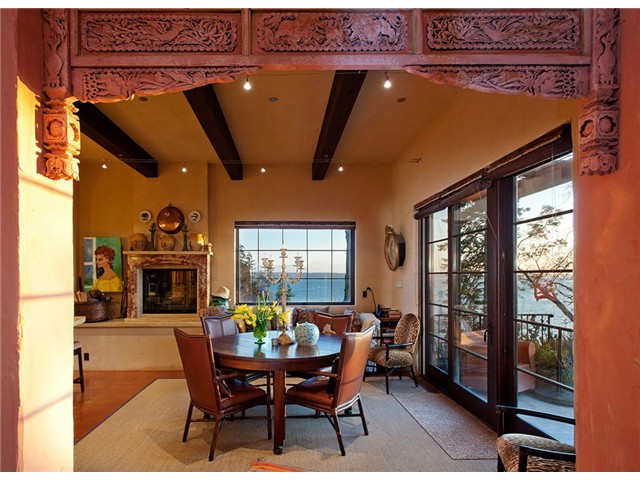 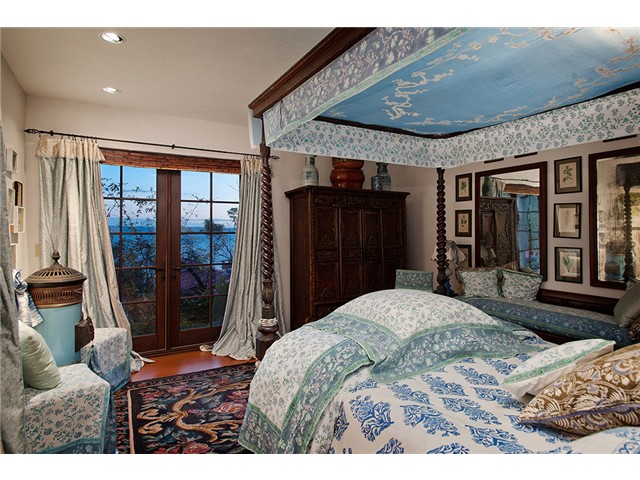 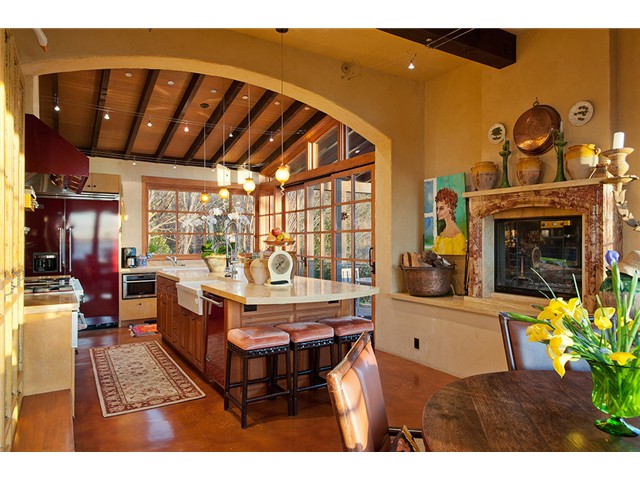 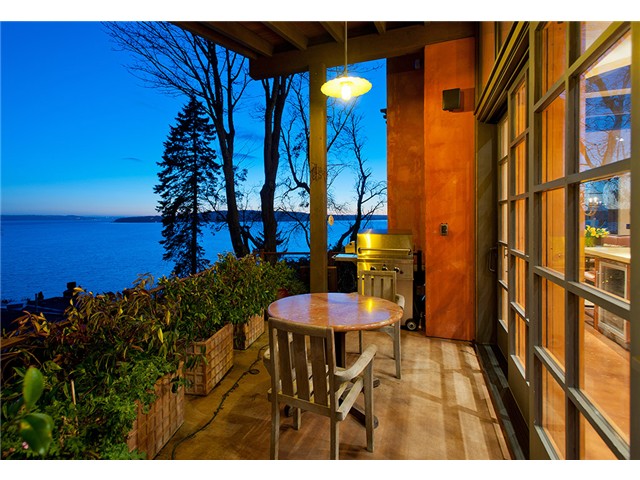 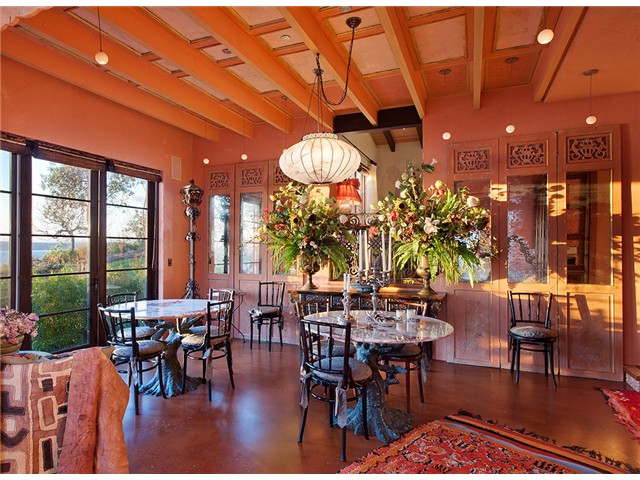 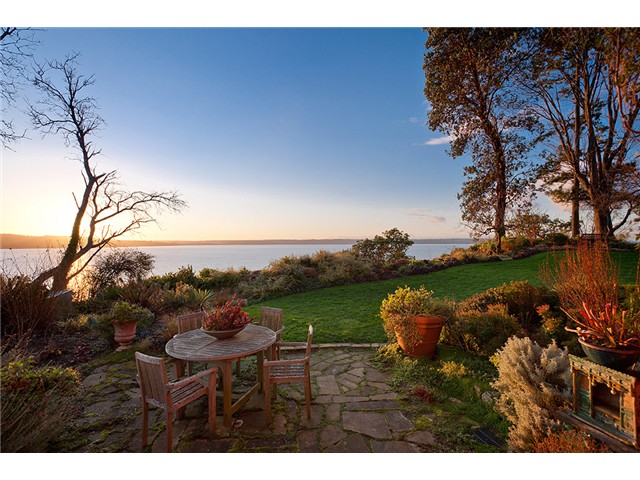 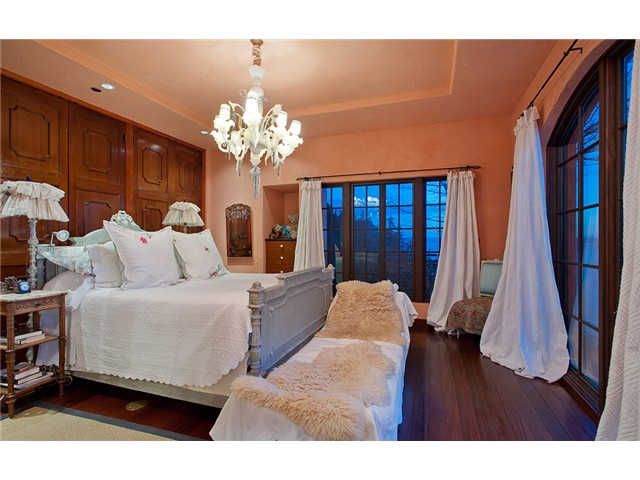 Posted by Marlow Harris at 1:52 AM No comments: Halloween house and yard, a photo by greenwalksblog on Flickr.
I just love the decoration and gear the little guy is wearing in this picture! Fall is in the air and with Halloween coming up, decorations and breathtaking leaves are popping up everywhere. It's just one of the many advantages to living in the beautiful North West!
Posted by Unknown at 9:18 PM 2 comments:

Jo gets a new home on Beacon Hill

Jo first tried to buy a short sale in Judkins Park, and when that failed, she turned her sights to Beacon Hill and she found this darlng vintage home. 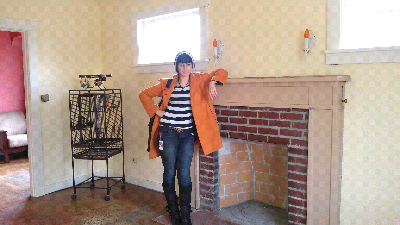 Call Marlow Harris for all your real estate needs

Marlow is a Seattle native with over 10 years of experience in Seattle real estate sales and service. Call today - Marlow's direct line is 206-329-3795 or email at Marlow@SeattleDreamHomes.com

Please call Marlow at 206-329-3795 or email me at Marlow@SeattleDreamHomes.com

Roots of Style: Do You Live in a Minimalist Traditional House?
Kitchen designs, bathroom designs, and more ∨ Browse bedroom ideas, from loft beds to a decorative duvet cover, and dream in style. Work with a home decorator when choosing area rug designs or hanging a new window blind in your home.

Forage for your own food in the Pacific Northwest!

Search for all Seattle Homes for Sale

Roots of Style: Do You Live in a Minimalist Traditional House?
Kitchen designs, bathroom designs, and more ∨

Browse bedroom ideas, from loft beds to a decorative duvet cover, and dream in style.
Work with a home decorator when choosing area rug designs or hanging a new window blind in your home.